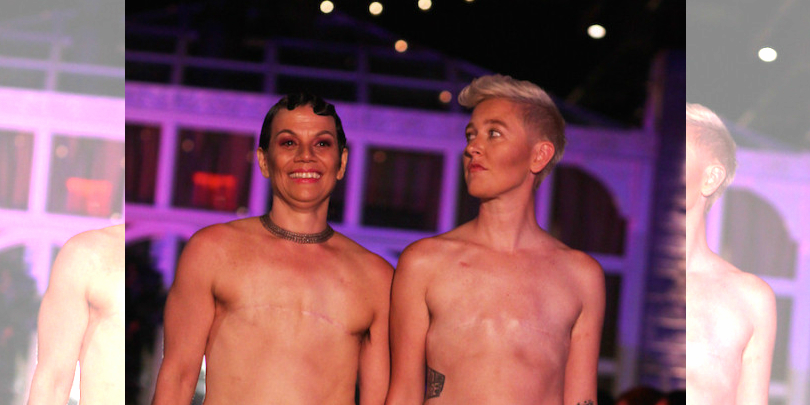 It was a powerful moment: the event was a fashion show that sought to challenge normative ideas of gender and beauty, and there, walking the runway were two double mastectomy survivors, both topless and wearing nothing but underwear.

The two women are cancer survivors Emily Jensen and Melanie Testa, and they were modeling the creations of Play Out, a New York City-based company that specializes in gender-inclusive undergarments. The show took place during Rainbow Fashion Week, a weeklong event that’s part of NYC Pride…