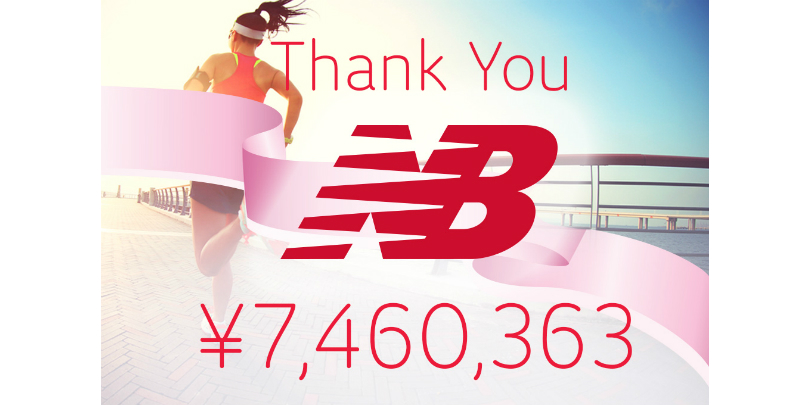 Posted at 00:00h in News by Sakiko Suzuki
0 Likes
Share

New Balance Japan, Inc. has been a devoted Partner ever since Run for the Cure® Foundation commenced its mission 13 years ago. Each year, New Balance Japan has donated a portion of the proceeds from the sale of its Pink Ribbon line of apparel and shoes. In March, the Foundation received another very generous donation, in the amount of JPY7,460,363. So much to be grateful for in regard to this enduring partnership, and for such generous support of the Foundation!

New Balance Japan is a great example in so many more ways. Since 2007, their female staff have been provided yearly mammography screenings. A Mammography bus comes to their headquarters so that the top two most common obstacles for getting a mammography are eliminated — the expense and lack of time. During breast cancer awareness month back in October 2015, New Balance Japan set up silicon breast models with lumps and nodularity, so their employees would be able to try out prescribed methods of self-examination and recognize irregularities such as lumps.

Sustained support in a variety of ways makes a difference in the most direct way.